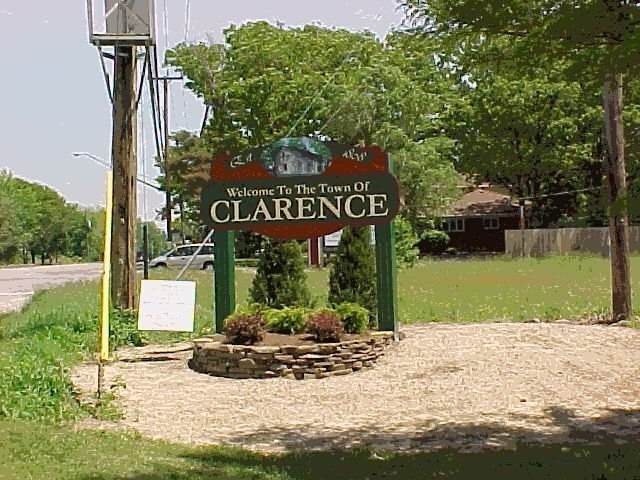 Approximately eight miles northeast of Buffalo in the western part of New York State you will find the city of Clarence NY. Erie County’s Clarence is a family-oriented community of over 31,000 residents who enjoy significantly low unemployment rates as well as affordable homes and apartments.

Clarence, founded in 1808, was the first town established in Erie County. Clarence celebrated the beginning of its third century in 2008. With its light industry opportunities, agriculture, and local rock quarry industries, Clarence NY today is a vibrant and growing city. It is composed of many smaller communities such as East Amherst, Harris Hill, Wolcottsville, Swarmville and the Clarence census designated area. Clarence also includes the neighborhoods of Hunts Corners, Smith Corners, Mansfield Corners, Snearly Corners and the new housing development around Spalding Lake. The center of government is the hamlet known as Clarence Center.

Clarence NY is located partly in a valley of natural beauty transected by Ransom Creek. The city’s residents have access to many transportation sources. Just to the south of Clarence is I-90 (New York State Thruway). The closest Buffalo Amtrak station plus the Buffalo Niagara International Airport are both within eight miles of town. Clarence also has two grass runway general aviation local airports. Seven colleges and universities are within a ten mile radius of the town and it also has many modern medical facilities.

The median household income in the area is above the state average, as is the education level of many residents. There is a considerably smaller transient population here as many residents have lived here for quite a while. The city of Clarence’s website keeps a calendar of all the events offered in the community including the annual Taste of Clarence, Classic Car Show, and Christmas Festival. The city has an active public library as well as a Museum of European Art and the Historical Society Museum.

The Escarpment Sanctuary nature preserve and the Tillman Road Wildlife Management Area are in Clarence. Residents and visitors enjoy hiking and bird watching in the 235 acres of the Tillman Road preserve, which has many trails and a boardwalk. Clarence also has a nature center, a senior center and a six mile bikinghiking trail. The city sponsors active Parks and Recreation programs that include girls’ and men’s softball leagues, a football league, a soccer club, and a hockey team. Many baseball programs are also offered.

Clarence NY has one high school, one middle school, one elementary school and a public charter school in addition to a private Catholic school. Clarence Senior High has an exception 99 percent graduation rate. All of the city’s school rate above the state’s average. Clarence is also home to two Bed and Breakfast Inns, the large indooroutdoor Antique World Market, several boutique stores, plus nice cafes and restaurants.

Available single family homes for sale in the Clarence zip code range in price from 99,000 to almost 2 million. The median sale prices of homes here in 2014 were from 275,000 to 365,000. The median value of existing houses and condos is around 230,000. Apartment rents range from 1210 to 2265 monthly depending on size and location. When you are ready to buy a home in Clarence, or if you are interested in selling your home here, call Arcane Properties at 716-800-1414 for an appointment. Our professional realtors will gladly assist you with your real estate needs.